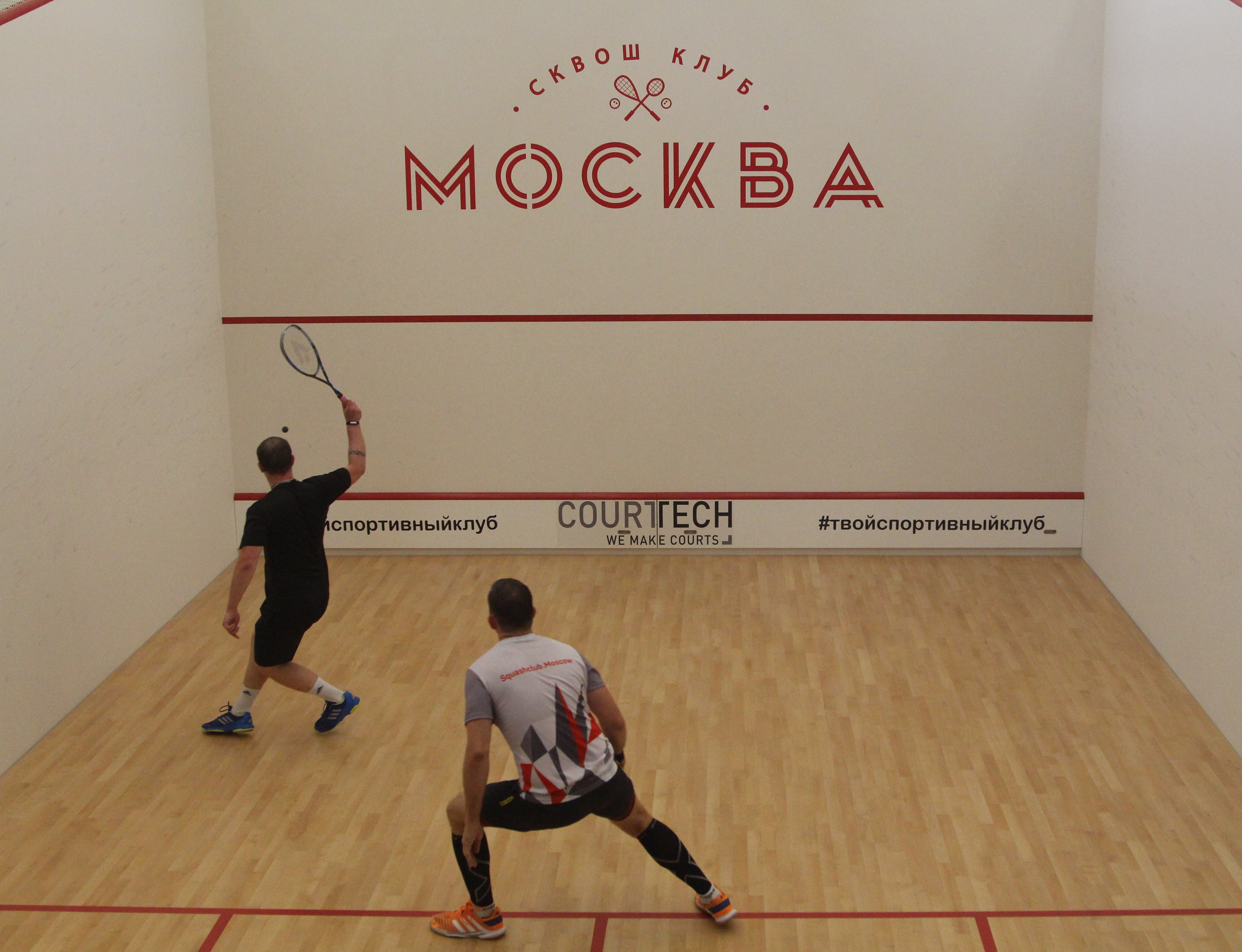 At the end of September, the largest Russian squash-center was opened in Moscow, where CourtTech has installed 9 CT System Squash Courts.

In addition to squash, the club offers its visitors 6 professional badminton courts, comfortable changing rooms and saunas, a well-equipped bar, laundry facilities, rental of sports equipment and lockers, free Wi-Fi and parking. Professional coaching team has already begun group and personal training. Kids Squash Academy invites children from 5 years old to train. Reservations can be made in real time on the club’s website: http://squashclub.moscow/
The best tournaments, parties and other exciting events await all guests of the Squash Club “Moscow”! The first visitors of the club remained in awe of playing on the new squash courts.

Here are some reviews:
“The courts are very comfortable, quiet, cosy”
“The floor for the legs is excellent, the scraping “with pile”- the parquet is very tenacious!”
“The courts are monolithic, the rebound is deeper, the draws are longer.”
“The courts are sexy, you can’t say anything else!”
“Difference??? Yes, it is generally like Parmesan and Kostroma rubber cheese!!!”
The official opening of the new squash club marks the holding of the Moscow Squash Open 2018 – a tournament registered both in the official list of competitions of the Russian Squash Federation and in the list of the Professional Squash Association (PSA). Together with this tournament, the Charity Cup “Sheredar. Play and help” will be for everyone!